What you read the most

Our modern relationships have nothing to do anymore with the one our grandparents, or even our parents went through. Years of fights for equality have completely changed the relationships between men and women. Sometimes for the best, sometimes for the worst. Don't hesitate to leave a comment. Oh, and for those of you who clicked accidentally on my blog because you were looking for some informations about Maynard James Keenan, go directly there 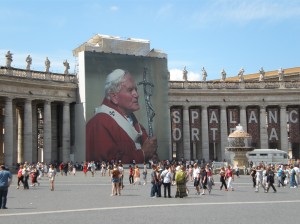 This year, Valentine’s Day was really quiet in my country. Of course, flowers and chocolate shops did signal this day, as it’s probably, with Christmas, their biggest selling period of the year. But surprisingly, on social networks, Valentine’s Day was not that mentioned.

Among my Facebook friends, nobody published anything about their Valentine’s Day. The only one who did mention about it was a single friend of mine, who just wished to every of her friends who are in a relationship to have a great Valentine’s Day.

Another friend of mine, who just got divorced, posted also something on Facebook. But it was a rant against it.

To be honest, I felt also a little blue on that day. Valentine’s Day is synonym for me of high hopes and high disappointments in the end. I don’t know why, but  I always expect something extraordinary happening to me on that day. And of course, nothing really happens.

Two years ago, I even got humiliated on V-Day. My date at the time showed up late at the restaurant, and told me he was wondering where we were going.

But this year, it was different. I didn’t have any date to be disappointed on. Instead, a friend of mine invited me to a party she organized with her team for disadvantaged children. “They don’t really get the meaning of love” she said. “Because of their experiences. But we try to show them other ways” she added.

My friend also told me she hates V-Day in general. “It’s just too commercialized” she said.

It is said that V-Day comes after a Saint named Valentin who was a priest tortured in the VIIe century because he married couples who were forbidden to do so during the war at the time.

There’s something really romantic in this story, but we’re really far from the box of chocolate and flowers our society try to sell us nowadays.

So I guess, for those who don’t have a Valentine, it’s best to give love, instead of waiting for it on that particular day.

Do you enjoy V-Day?

One of my coworkers is a well-known womanizer. Yet, when you see him for the first time, it’s difficult to believe this. Because he’s old, bald, frail, not really well-groomed. He reminds me of Gollum in the Lord of the Rings.

Personally, if a man like that was trying to seduce me, I would just run away. I’m not a shallow person, but I’m not attracted to men who don’t give a s… about hygiene. This is a big turn off for me.

Yet, my coworker has it ways with women. Another coworker of mine told me he scores big time with women in clubs. Usually, he’s drunk, and maneuvers his seduction like that. Alcohol gives him the courage to approach women. And like my other coworker says, “those who don’t respect themselves yield easily to his advances“.

I may sound old-fashioned, but I would never accept this from a man. I would just fear he has a drinking problem (which is the case for my coworker). Plus, I just believe if you’re looking for a serious relationship, you should never yield like that to any man.

And I don’t believe clubs are the right place to find the right person. Several of my friends, who have been heavy party people, admit the same. “People are often drunk , drugged , or just not themselves in those situations” says one of my friends. “And besides, it’s dangerous to yield to strangers. You never know who you have in front of you” she added.

So, make your suitor wait 😉 Only fools rush in.